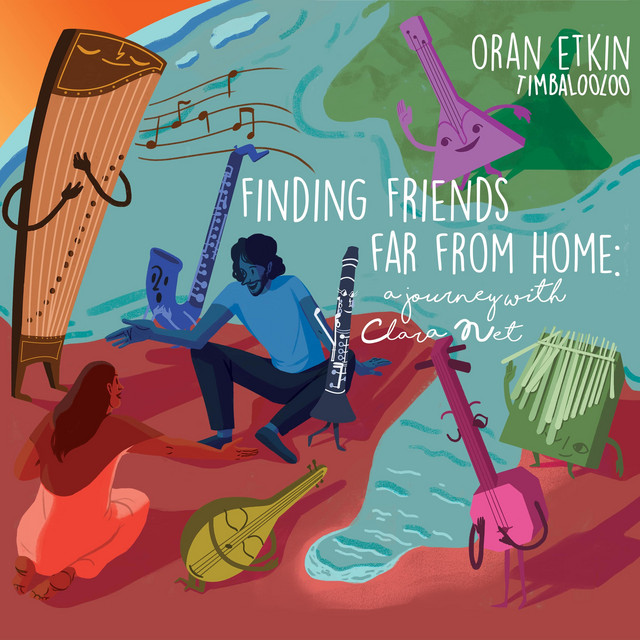 Recorded and filmed on location in Zimbabwe, China, Czech Republic and Turkey with veritable masters of each country’s traditional music, this Timbalooloo album is an ambitious audio visual project born out of Oran Etkin’s belief in sharing music and creating deep musical friendships as he tours around the world. Etkin is an internationally renowned musician and composer, voted #1 rising star clarinetist in DownBeat magazine’s 2016 critics poll and also the founder of the groundbreaking Timbalooloo method of teaching music. Through Timbalooloo, instruments come alive as characters and speak through their music so that children conceive of music not as having to execute the correct notes but rather as being empowered to make their instruments speak and communicate. On Finding Friends Far From Home, children meet Etkin’s friend Clara Net (his clarinet) and follow along the journey as Clara talks and plays with her new instrument friends mbira, erhu, shamisen, kopuz, balalaika and more. The album tells a playful story of listening, openness, friendship and curiosity told through the eyes of instruments.

SiriusXM Kids Place Live Moving… Let’s Do Something About It